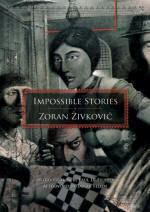 A Salute to the Great McCarthy

As Luck Would Have It (Harlequin Temptation, No 462)